The short answer is: not yet, but that doesn’t mean that libraries shouldn’t prepare for the eventuality.

Reference services requested and provided over the Internet, usually via e-mail, instant messaging (“chat”), or Web-based submission forms, usually answered by librarians in the reference department of a library, sometimes by the participants in a collaborative reference system serving more than one institution.

There has been extensive academic research done on libraries offering services in predecessor virtual worlds such as Second Life. Libraries’ and librarians’ presence in SL has waned after an initial burst of enthusiasm, mainly due to budgetary constraints, the relatively steep learning curve associated with Second Life, and the fact that few people were expecting to use what they considered a game platform to access library services (user mismatch). However, this earlier research gives us a glimpse of what virtual reference via VR could look like. In fact, one person (Cedar Librarian) has already built a functional library on the social VR platform High Fidelity, using public-domain versions of classic books.

One important issue that virtual reference service via VR would face is the licensing of resources. Libraries sign license agreements with commercial database publishers which restrict access to institutional users only. This means that, if I were to provide reference services to a user not affiliated with my institution, I would not be able to provide them with copies of books and articles. However, there are still many useful non-commercial information resources such as Google Scholar that we could refer users to, as well as the myriad of resources of their own local public and academic libraries. Librarians refer users to other libraries all the time.

Another key issue is the cost of VR equipment and the learning curve associated with social VR platforms. While I would argue that it is easier and more natural to get started in Sansar than it is in Second Life, it’s still a significant challenge for many people to take their first steps in VR. The first generation of VR headsets, the Oculus Rift and HTC Vive, were complicated to set up, and required an expensive gaming-level computer. However, cheaper standalone VR headsets like the Oculus Quest promise to bring VR to an ever larger audience of consumers, including potential library users.

I can forsee a future (starting perhaps a decade from now) where many libraries would offer virtual reference services to users via virtual reality (“VR in VR”, if you like). Users could make appointments for their avatar to meet in-world with a reference librarian, who would assist them in finding electronic and printed information resources to answer their questions. Alternatively, library staff could sit at the virtual reference desk at regularly scheduled shifts, available to whoever dropped in with a query. The reference interview would encompass both text chat and voice chat, and include hand gestures, body language, and facial expressions, just as in real-life conversations. Academic, public, and special libraries could even work together to create a collaborative, 24/7 reference service which spans the globe and has locations on many popular social VR platforms.

As I said, it’s not here yet. But it’s coming, and perhaps sooner than you might think.

cygnoir
reply
Have you ever used virtual reference services from a library?
Portland, OR, USA

Meet Libby - the new robot library assistant at the University of Pretoria's Hatfield campus
Sunday July 7th, 2019 at 1:18 AM

The new coolest attraction at the library of the University of Pretoria’s main campus in Hatfield is a robot named Libby.

Although short and slightly chubby for her height, she’s become the hottest thing on campus after being appointed as the new library assistant at the university which boasts a 50,000-plus student community.

The stumpy robot helps with directions and can help you find your way at the campus’ main library. When Sowetan interviewed her on Tuesday, Libby could respond to 2,500 questions and was in for an upgrade on Thursday, which would expand her information processing capabilities.

When asked why was Libby around, Isak van der Walt, the university's centre manager for digital scholarship and MakerSpace, said her presence was informed by the university and its library's drive to “immerse itself in the Fourth Industrial Revolution".

“The library continuously strives to redefine academic librarianship and how we deliver services. With the growing number of students we had to get smart on how we still deliver excellent service but still advance and stay relevant. This has been done by the adoption of self-help terminals,” Van der Walt said.

cygnoir
reply
I, for one, welcome our new robot library assistant overlords. 🤖
Portland, OR, USA

The diet industry is a virus, and viruses are smart. It has survived all these decades by adapting, but it’s as dangerous as ever. In 2019, dieting presents itself as wellness and clean eating, duping modern feminists to participate under the guise of health. Wellness influencers attract sponsorships and hundreds of thousands of followers on Instagram by tying before and after selfies to inspiring narratives. Go from sluggish to vibrant, insecure to confident, foggy-brained to cleareyed. But when you have to deprive, punish and isolate yourself to look “good,” it is impossible to feel good. I was my sickest and loneliest when I appeared my healthiest.

If these wellness influencers really cared about health, they might tell you that yo-yo dieting in women may increase their risk for heart disease, according to a recent preliminary study presented to the American Heart Association. They might also promote behaviors that increase community and connection, like going out to a meal with a friend or joining a book club. These activities are sustainable and have been scientifically linked to improved health, yet are often at odds with the solitary, draining work of trying to micromanage every bite of food that goes into your mouth.

The wellness industry is the diet industry, and the diet industry is a function of the patriarchal beauty standard under which women either punish themselves to become smaller or are punished for failing to comply, and the stress of this hurts our health too. I am a thin white woman, and the shame and derision I have experienced for failing to be even thinner is nothing compared with what women in less compliant bodies bear. Wellness is a largely white, privileged enterprise catering to largely white, privileged, already thin and able-bodied women, promoting exercise only they have the time to do and Tuscan kale only they have the resources to buy.

Finally, wellness also contributes to the insulting cultural subtext that women cannot be trusted to make decisions when it comes to our own bodies, even when it comes to nourishing them. We must adhere to some sort of “program” or we will go off the rails.

We cannot push to eradicate the harassment, abuse and oppression of women while continuing to serve a system that demands we hurt ourselves to be more attractive and less threatening to men.

And yet that is exactly what we are doing when we sit around the lunch table and call our stomachs horror shows.

There is something called the Bechdel test for film. Developed by Alison Bechdel in 1985, an American cartoonist, the idea is that the film must satisfy three requirements to pass: (1) feature at least two women who (2) talk to each other about (3) something other than a man. Sounds simple, but a shocking number of films have failed to pass.

A U.S. Army Tweet Asking 'How Has Serving Impacted You?' Got An Agonizing Response by Stacey Samuel
Monday May 27th, 2019 at 2:43 PM 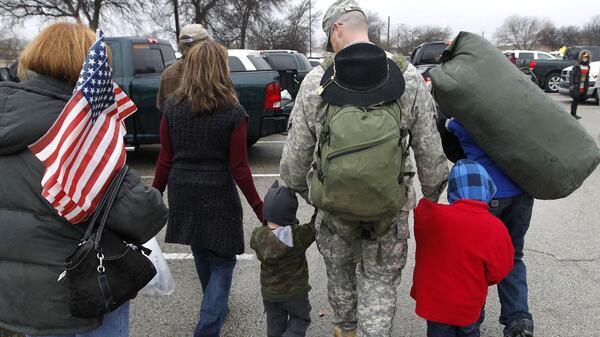 In response to the May 23 tweet, thousands of veterans and their loved ones shared stories of trauma, depression, illness, sexual assault and suicide.

How I Hacked My iPhone’s “Do Not Disturb While Driving” Function and Significantly Improved My Life — Brick
Sunday May 26th, 2019 at 12:48 PM

We do this because we feel an obligation to respond immediately when someone messages us. When we get a text, we get this feeling, this itch, that we only have a certain amount of time to respond before we feel guilty about the “delay.” Conversely, when we reach out to others, we expect them to do the same. This is the slippery slope we’ve fallen into as we’ve created the “always on” society.

This lifestyle is not serving me and it’s not serving you. I don’t want to be a slave to my phone or our society to be either because we’re headed towards a very dark reality.

As a self-diagnosed ex-phone addict, I don’t have all the answers, but I do have an iPhone lifehack that has significantly improved my life. If you do this too, together we might start to mend our “generational addiction” for the survival of meaningful relationships, before it’s too late.

HOW I TURNED APPLE’S “DO NOT DISTURB WHILE DRIVING” INTO AN iMESSAGE AUTO-REPLY.

A year ago I created a rule for myself that became a daily routine. For at least an hour every day, I disconnect from my phone by turning it into a Brick™, and do something engaging in the real world. It’s worked so well that I left my job to start a community that makes it fun and easy for others to join me and get off the grid a little bit every day (join at www.gobricknow.com).

When my phone is in Brick™ Mode and I’m completely disconnected from the internet (at dinner with a friend, on a hike, or reading a book) anyone who texts me will get an automatic reply saying that I’m off my phone and I’ll get back to them when I’ve reconnected. This simple auto-reply relieves my “always on” pressure because I know that anyone who texts knows I haven’t seen the message yet. So the “always on” clock hasn’t started in my absence. When I come back to my phone and I get my “notification flood,” I’m not triggered with the pang of anxiety that I’m already behind on a ton of things. This also relieves the pressure from anyone who texts me because they know I haven’t seen it yet and won’t be getting back to them immediately. This is much more pleasant than wondering if they’re being ignored.

My life has really opened up. I’ve been more engaged with my friends and family, I read 28 books last year and I started my own company. Brick Mode has made all the difference.

cygnoir
reply
I'm trying this out for the first time today. Wish me luck!
Portland, OR, USA

What's Your Purpose? Finding A Sense Of Meaning In Life Is Linked To Health by Mara Gordon
Sunday May 26th, 2019 at 10:38 AM 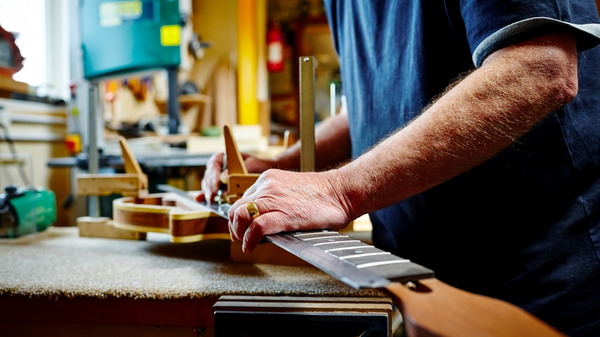